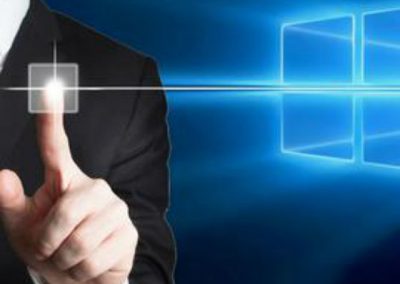 Microsoft is tweaking its WIndows-as-a-service plans yet again. Here are the new names, dates and other information businesses need to know about Windows 10.

Microsoft is christening the Windows 10 Creators Update release that began rolling out in April 2017 as ready for businesses to deploy.

Previously, Microsoft called the version of Windows 10 ready for business deployment the “Current Branch for Business,” or CBB. As officials said earlier this year, the new name for CBB is “Semi-Annual Channel” — a designation that Windows 10 will share, going forward with Office 365 ProPlus.

Both Windows 10 and Office 365 ProPlus will get new feature update rollups twice a year, around March and September, Microsoft officials announced this past April. Both of these feature releases will get updates and fixes, including security fixes, for 18 months starting from the date of release. This means today’s Windows 10 Creators Update Semi-Annual Channel release (also known as 1703, for March 2017, its “RTM” date) will get updates until September 2018 or so.

The exception to this rule is the version of Windows 10 formerly known as the Long Term Servicing Branch (LTSB), which, as officials said earlier this year, is now going to be called the Long-Term Servicing Channel (LTSC). PCs and devices running LTSC will get new features every two to three years, with the next LTSC release coming in 2019.

Earlier this year, it seemed as if Microsoft was planning to also use the terms “Pilot” and “Broad” as designations to describe deployment phases with Windows 10, the way it has done with Office 365 ProPlus. Happily, Microsoft is not going that route and won’t be talking about Semi-Annual Channel (Pilot) and Semi-Annual Channel (Broad), after all. Instead, Microsoft is advising businesses to start pilots of new feature updates once they begin rolling out to consumers.

Update (August 3): The new naming isn’t quite as simple as I thought. The replacement name for Current Branch is now Semi-Annual Channel (Targeted). This is the version that Microsoft is suggesting that IT pros begin piloting as soon as it starts rolling out in order to prepare for Semi-Annual Channel.

Microsoft officials also said today that Microsoft is at the point where the Windows 10 Creators Update is no longer being rolled out in a phased/targeted way as of today. The release is now in the stage of “full availability for all compatible devices running Windows 10 globally via Windows Update.”

I continue to hear regularly from a number of users of a variety of devices, including Surface users, that they still have not been offered Windows 10 Creators Update/1703 by Windows Update. I asked Microsoft. I asked what those users should expect and received the following statement from a spokesperson:

“Microsoft is now in the process moving to the full availability phase in terms of offering Windows 10 Creators Update via Windows Update to eligible, compatible devices from OEM partners as well as Surface devices. We are aware that a small set of devices may have compatibility issues updating, and will continue to investigate, and work to find solutions to move those devices forward including documenting solutions when possible on support forums.”

Hopefully that means if you still don’t have the Creators Update on your machine, you’ll be getting it soon, since the Windows 10 Fall Creators Update (1709) is supposed to start rolling out in September or October 2017.