The Daily Routines of 15 Ultra-Productive CEOs

The Daily Routines of 15 Successful Entrepreneurs

It’s fascinating to see how some of our favorite entrepreneurs, creatives, and thought leaders spend their time every day. What are their morning routines like? What time do they rise in the morning? When are they most productive? How do they relax?

We all want to know in hopes of learning about a hidden productivity or happiness secret. So, it isn’t surprising that many of our Product Hunt LIVE guests are asked what their typical day looks like. What is surprising though, is just how different each of their answers are. Some wake up by 4am; others don’t start the day until closer to 11am. Some exercise every single day; others write or meditate. Some have their routine planned down to (what seems like) the minute; others keep more of a loose schedule.

What’s clear, is that having a routine of some sort matters. Routines help us get into a flow state that unlocks our ability to be happy and effective every day. While there weren’t any across-the-board consistencies, there were some themes:

Read on for a glimpse into the daily routines that successful entrepreneurs, creatives, and thought leaders swear by.

I start every day by jumping in freezing cold water! In all of my homes, I have a cold plunge that I keep at 56 degrees. [When I am] in Sun Valley, I have the river, which I jump into even in the winter! I do this as a daily practice, as a discipline to make my mind know that when I say I’m going to do something, I do it now—no matter how difficult it may seem. It also has amazing physical value for the body. Every cell, nerve, and muscle in your body pumps like crazy when you make that radical of a temperature change. It moves your lymph and makes you ready for anything. Completely invigorating.

Charlie Hoehn, Author of Play It Away

I typically start each day meditating for a few minutes, and visualizing the effect I’ll have — what that world looks like if I do that work. Then each night, I write down a list of the few things I want to get done the next day. Apart from that, I focus on getting adequate nutrition (take a micronutrient deficiency test, we’re all deprived of essential nutrients and minerals!), 8–9 hours of sleep, and taking breaks to play with friends (recreation is re-creation).

Generally, I wake up and read email in bed for about 30 minutes; bad habit, I know, but it allows me to knock out most key issues right away (P.S. iPhone 6+ is super helpful). Then I head into work (sometimes I have to Uber to get more work done in the car), and grab two cups of coffee when I arrive at the office. From there, it’s about usually 7–8 hours of meetings with various teams, after which I try and take a nap for ~20 minutes, grab dinner, and I’m back at it for another 4–5 hours.

Also, I keep a list of about 50–60 things that are ongoing topics, issues, challenges, and tasks in the business that I need to resolve. They range from “email X customer” to “figure out next year’s product roadmap.”

1. I go to bed roughly between 1:30 am and 2am on most nights. Unless I’m in the zone on some coding, in which case I sometimes push it to 3am.

3. Because of my sleep routine, I don’t usually schedule morning meetings unless absolutely required. Fun fact: During the first few years of HubSpot, there was an implicit rule to never set up a meeting before 11am (my co-founder, Brian Halligan is a night-owl, too). Later, we revised this to: “You can set up a meeting before 11am, just don’t invite one of the co-founders.”

4. When I wake up, I usually don’t hop out of bed. Not because I’m groggy, but because I like to lay there and *think*. It’s one of the few times during the day that I literally don’t have to do anything else. The other upside to doing this is that once I do get out of bed, I can capture my ideas relatively quickly/easily (because they were just in my head).

Here are the two best things I have ever done: I bought a $20 alarm clock. I set two alarms (7am and 7:30am). Between those two alarms, its 100% about me. My phone is in another room. I focus on my pleasure; I sleep sometimes, read sometimes, tend to my pleasure sometimes, and just think sometimes. As the second alarm goes off, I get up, take my bipolar meds, and eat breakfast. Then I feed my pets (dogs and cats). Then I might work out. Then I shower. Then, and only then, I check email. And guess what I learned? The world didn’t end.

The other thing I do? At some point in the day, I spend 15 minutes doing something that makes me 100% happy. For me, that’s hanging out with Taylor, my dog. It’s why I never travel more than 3 days.

I’m up no later than 4am, usually earlier. Tomorrow I’m doing a 12-mile run at 3:30am. I’m not a normal person. 🙂 But once I’m done working out (mandatory every day to help manage my ADHD), I’m usually in the office by 7am, answering emails, writing blog posts, and putting deals together. Otherwise, I’m on a plane. I travel about 250k miles a year for corporate keynotes and the like. I’m very lucky. Currently, most of my time is taken up by working on Faster Than Normal, my new site that attempts to change perceptions of ADHD/ADD from a curse to a gift.

1. Wake up around 6:30-7am
2. Check email for any fires/issues from our international advertisers and answer their customer service tickets/reactive work
3. Coffee
4. Sales/customer/partner calls usually from 11am-1pm
5. Gym/exercise (lifting, bike rides)
6. Cook dinner/ spend time with my girlfriend
7. Proactive work (content marketing, email campaigns, ad campaigns, etc.)
8. Xbox One downtime
9. Reading for 30–45 min
10. Late night catch-up (usually email)
11. Bed around 12-1am, and then up to restart the cycle the next day 🙂

I swear by Freedom to block the internet when I’m working. Here’s my ideal productive day: yoga in the early morning, at the computer by 8 or 8:30am, write until noon, hour break (always away from the screen, to help clear my head and keep the creativity flowing), then writing until 5 or 6pm, and then…happy me time! That said, there’s a wide gap between “ideal” and “well, so this happened…”

Other than yoga (with a side of meditation), which helps get me going, I always try to make sure to read things that inspire me. I keep a book of poetry by the bed and try to read a few poems each day. I try to take an afternoon break where I either walk or chat with someone, but stay away from work. And making sure to limit social media. It’s a remarkable time-suck and the best way to feel defeated in the quest for productivity.

David Heinemeier Hansson, Co-Founder & CTO of Basecamp and creator of Ruby on Rails

[My daily routine] depends on where I am. I’m in Spain at the moment, so my day starts around 8:30am. Get up, eat breakfast with the family, play with my 3-year-old boy for an hour or so, then take him to school. Have another hour or so hanging out with the family or doing things around the house, then work starts, currently at around 11am.

I work until around 7pm, with breaks in between to again hangout with the family, go get lunch, whatever. Then dinner, maybe a bit more work afterwards, and otherwise chilling with the wife for a few hours. Perhaps watching a show. That’s it! ~8 hours of work, family time, show time, reading time. Great day. 😀

These days, I generally have a lot of quick meetings with different people on my team. I’m mainly focused within product/engineering, customer service, hiring, and then on the higher level. My calendar is open to people on the team, and it generally gets quite booked up. I have quick 20-minute sessions to give advice on a specific challenge. I also have 1:1s with several people on the team, so I usually have one of those each day, too.

Other than work, I try to exercise several times a week (either strength training at the gym, running, or doing a bodyweight workout at an outdoor gym).

1. Wake up
2. Check @hootsuite mentions, @invoker mentions, Facebook, and email to see if there are any pressing fires
3. Drink hot honey & lemon during…
4. Walk to work
5. Do yoga sometimes
6. Team meetings, email, board, product reviews, marketing reviews (P&M are where I spend a lot of time).
7. Sometimes a lunch workout
8. More of 6
9. Head on home
10. If I didn’t work out at lunch, I go for a run (exercise kills my stress and helps me work on hard problems)
11. Eat, catch up with friends.

Shit this sounds kinda boring, but I kind of love my average days.

I sleep from 11pm to 5am, usually. Blackout shades help. I am up at 5am, meditate for 30 minutes, followed by a 7 minute workout times 3. Make coffee, check in…

Check out all the previous LIVE Chats on Product Hunt, and there are some great ones coming up! Sign up and ask a question here. We also live-tweet the guests and announce upcoming chats on Twitter @ProductHuntLIVE 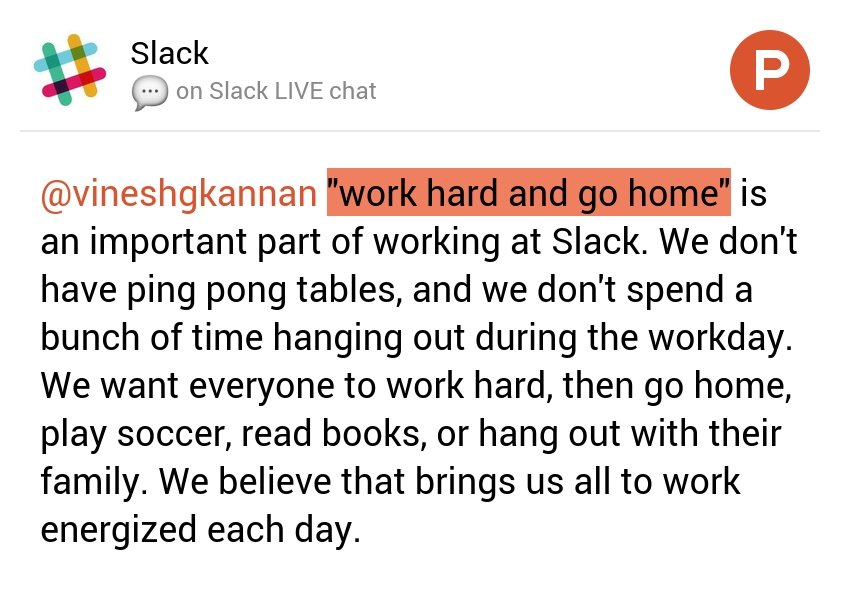