The One Question This Former Google Exec Asks Every Job Candidate 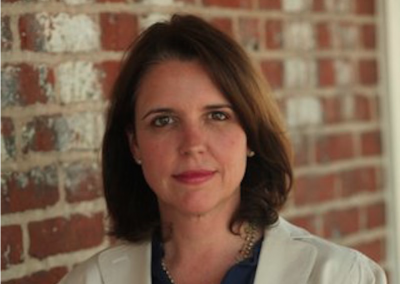 So much of success — at Google and elsewhere — depends on traits that are hard to quantify and that aren’t always apparent on a resume. Think a strong work ethic and the ability to adapt in rapidly changing circumstances.

One trait that’s especially important, Crosby said, is intellectual curiosity, which she defines as a strong ability and willingness to learn new things.

Crosby managed human resources for Google’s mergers and acquisitions between 2003 and 2008; today she runs PeopleCap Advisors, which helps organizations navigate change by focusing on people strategy.

When hiring for PeopleCap, she prioritizes that intellectual curiosity, which she assesses with a variation on a single interview question: “What are you reading now?” or “What’s the last book you read?”

“I wouldn’t hire anybody who doesn’t read,” Crosby told Business Insider. Even if they tell her it was a New York Times article, it’s better than saying “nothing.”

Sometimes a candidate’s intellectual curiosity is apparent on their resume — for example, if they’ve listed a passion or a hobby they’re really involved in.

“If you start to talk to them about their hobby and they just light up, and it’s clear they spend a ton of time and they don’t have to, but they’ve developed a wealth of knowledge about it, that to me is a demonstration of intellectual curiosity.”

The point of getting candidates to open up about their hobbies or their reading preferences, she said, is to demonstrate that “they do more than just get up and go to work every day.”

Whether you’re looking to get hired at Google or elsewhere, the takeaway here is that you shouldn’t be afraid to show you’re a passionate person with multifaceted interests — even if those passions and interests fall outside the realm of your job description. Ideally, it will give you a leg up on other candidates who don’t necessarily have your drive and curiosity.