When will Microsoft end support for your version of Windows or Office? 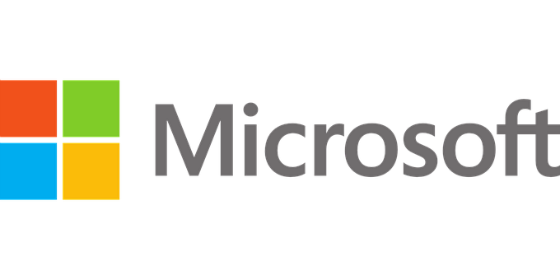 When will Microsoft end support for your version of Windows or Office?

As Windows 10 reaches its second birthday, the support clock for earlier versions is ticking. Microsoft pulled the plug on Windows Vista earlier this year, and support for Office 2007 ends in a few months. So how long until Windows 7, Office 2010, and other currently supported versions reach the end of the line?

[This post has been completely updated and republished several times since its initial publication in 2013. Most recent update: July 26, 2017.]

Microsoft has a well-established support lifecycle for its software products. As I’ve noted before, it’s basically an agreement that the company makes with everyone who purchases a license to use its core products, Windows (desktop and server) and Office.

That assurance of support is especially important for business customers, who tend to be conservative in their approach to upgrades.

Historically, the support lifecycle for each new version of Windows or Office is 10 years, with mainstream support for five years and extended support for another five years. (For details on what each support phase means and how end-of-support dates are calculated, see the end of this post.)

The 10-year support lifecycle is in the process of changing, as Microsoft moves to its “Windows as a service” and Office 365 subscription models. But for a few more years, at least, shrink-wrapped software is still alive and kicking.

Here’s the rundown on commitments for currently supported client versions of Windows and Office, starting with the newest member of the family.

How long will Windows 10 be supported?

We might need a whiteboard for this one, because the story is complicated.

In the run-up to the release of Windows 10, many wondered whether Microsoft would take the opportunity to change its established 10-year support lifecycle. The answer, as announced with the release of the new operating system in July 2015, is no. The Windows 10 support lifecycle has a five-year mainstream support phase that began on July 29, 2015, and a second five-year extended support phase that begins in 2020 and extends until October 2025.

A note to that policy qualifies the support commitment to devices where the OEM continues to support Windows 10 on that device. And that’s where things become complicated.

These updates are required for ongoing support, and Microsoft supports each feature update for 18 months. Support ended for the initial release of Windows 10 on May 9, 2017. Support for the Anniversary Update will end in the first quarter of 2018.

But what if your device is incapable of installing a new feature update? That unfortunate situation actually happened to owners of three- and four-year-old devices built using the Intel Clover Trail chip family. Microsoft has blocked those devices from installing the April 2017 Creators Update , but eventually agreed to extend the support deadline to match the Windows 8.1 support lifecycle.

The 10-year upgrade cycle for Windows 10 matters most to customers running the Long Term Servicing Branch (LTSB) in enterprise deployments. The 2015 LTSB release shares the support dates shown here. For the 2016 LTSB release, the support dates are pushed out by a year, to October 12, 2021, and October 13, 2026, respectively.

How long will Windows 8/8.1 be supported?

Microsoft’s official Windows 8.1 Support Lifecycle Policy treats Windows 8.1 as if it were a service pack for Windows 8. That means the lifecycle calculations start when Windows 8 shipped, in 2012.

Support for the original release of Windows 8 ended “two years after the General Availability of the Windows 8.1 update,” or October 18, 2015.

Most PCs that included a preinstalled version of the original release of Windows 8 have long since disappeared from retail channels. For the dwindling population of PC users still running Windows 8, a free upgrade to Windows 8.1 is available through the Windows Store.

How long will Windows 7 be supported?

This is still the most popular release of Windows, although Windows 10 is making serious inroads, especially in the consumer segment of the market. The following support dates require that you install Service Pack 1 (Windows 7 RTM support ended in April 2009).

Note that these dates are identical for Windows Server 2008 R2.

In an earlier revision of this post, I predicted, accurately, that Microsoft would not extend the support deadline for XP. I believe the same will be true of Windows 7. There will almost certainly be an outcry for this popular OS to get an extension when January 2020 rolls around, but it’s not likely to happen.

The Office support lifecycle works just like Windows, with one important difference. Office 365 subscribers pay for a monthly or annual subscription and always receive the most current version of the Office desktop apps, which can be installed on up to 10 PCs or Macs, depending on the edition.

Microsoft continues to sell traditional versions of Office with a perpetual license. These products receive regular security and reliability updates but don’t qualify for feature upgrades.

Here are the support dates for each current member of the Office family sold as a perpetual license product:

How long will Office 2016 be supported?

This is the current release of Office, with a support schedule that matches up perfectly with Windows 10.

How long will Office 2013 be supported?

The Office 2013 support schedule goes roughly three months past that of Windows 8.1. Note that support for the subscription version of Office 2013, which is part of Office 365 ProPlus, ends on February 28, 2017.

How long will Office 2010 be supported?

Support for Office 2010 Service Pack 1 ended on October 14, 2014. But with Service Pack 2 installed, you’ll find this version still has a long extended support period ahead, with end-of-support dates that are 6 months after those of Windows 7.

How long will Office 2007 be supported?

Office 2007 is months away from its end-of-support date, and Service Pack 3 must be installed to qualify. This group of products has already passed the end of mainstream support. Extended support ends on October 10, 2017.

How the support lifecycle works

For all versions of Windows and Office, Microsoft provides at least five years of mainstream support, followed by another five years of extended support. These lifecycles apply equally to business and home versions of Windows and Office. Service packs have separate end-of-support dates. For example, you must install Service Pack 1 to qualify for support for Windows 7. (There’s an exhaustive FAQ if you want to dig deeper into this stuff.)

Generally, “supported” means you have access to at least one type of assisted support option (possibly paid) and no-charge security updates through channels like Windows Update and the Download Center.

The calculations start with the general availability (GA) date for each product. The official date of retirement for support is the second Tuesday in the first month of the quarter following that anniversary (which also happens to be Patch Tuesday). That grace period typically means a few weeks or months of extra support tacked on at the end of the five- and ten-year support cycles for each product.

For Windows 7, you can do the math yourself. The GA date for all Windows 7 editions was October 22, 2009. Five years after that date was October 22, 2014. The next calendar quarter began in January 2015, and the second Tuesday of that month was January 13. So, that’s when mainstream support ended. Extended support for all editions goes an extra five years, until January 14, 2020, which happens to be the second Tuesday of that month. (Those calculations don’t work for Windows XP, whose end-of-life date was extended artificially.)

To find the end-of-support date for any Microsoft product, use the Microsoft Product Lifecycle Search page, the product family index, or the full A-Z product index to get the official answer. When you find the entry for a specific product, you can see the general availability date, the retirement dates for mainstream and extended support, and retirement dates for service packs.

Of course, it’s worth noting that the end-of-support date is not a death sentence. PCs running Windows XP and Windows Vista are still out there, running merrily (if not securely) along. Likewise, Windows 7 PCs will not stop working when the clock runs out less than three years from now.

The only difference will be an eerie quiet on the second Tuesday of each month. When the extended support period ends, so do those Patch Tuesday security updates.

But even that option is undergoing major change. Microsoft confirmed last year that its enterprise customers will not be able to extend support for Office 2007:

The Office 2007 wave of products will be reaching end of support over the next 12 months, as per Microsoft Lifecycle Policy. After those end of support dates, we will no longer offer custom support on any version of Office products (Exchange Server; Office Suites; SharePoint Server; Office Communications Server; Lync Server; Skype for Business Server; Project Server and Visio).

It’s possible that Microsoft will set a similar hard line for Windows 7, but that decision is far from settled and will depend to a large extent on how many PCs are still running Windows 7 when the 2020 deadline rolls around.